An Introduction | The President of the United States is elected every 4 years. In order to run a candidate must be at least 35 years old, be a natural born citizen, and have lived in the United States for at least 14 years. The Constitution assigns the President two roles: chief executive of the federal government, and Commander in Chief of the armed forces.

As Commander in Chief, the President has the authority to send troops into combat and is the only person who can decide whether to use nuclear weapons. As chief executive, the President enforces laws, treaties and court rulings, develops federal policies, prepares the national budget, and appoints federal officials. They may approve or veto actions of Congress, and grant pardons. 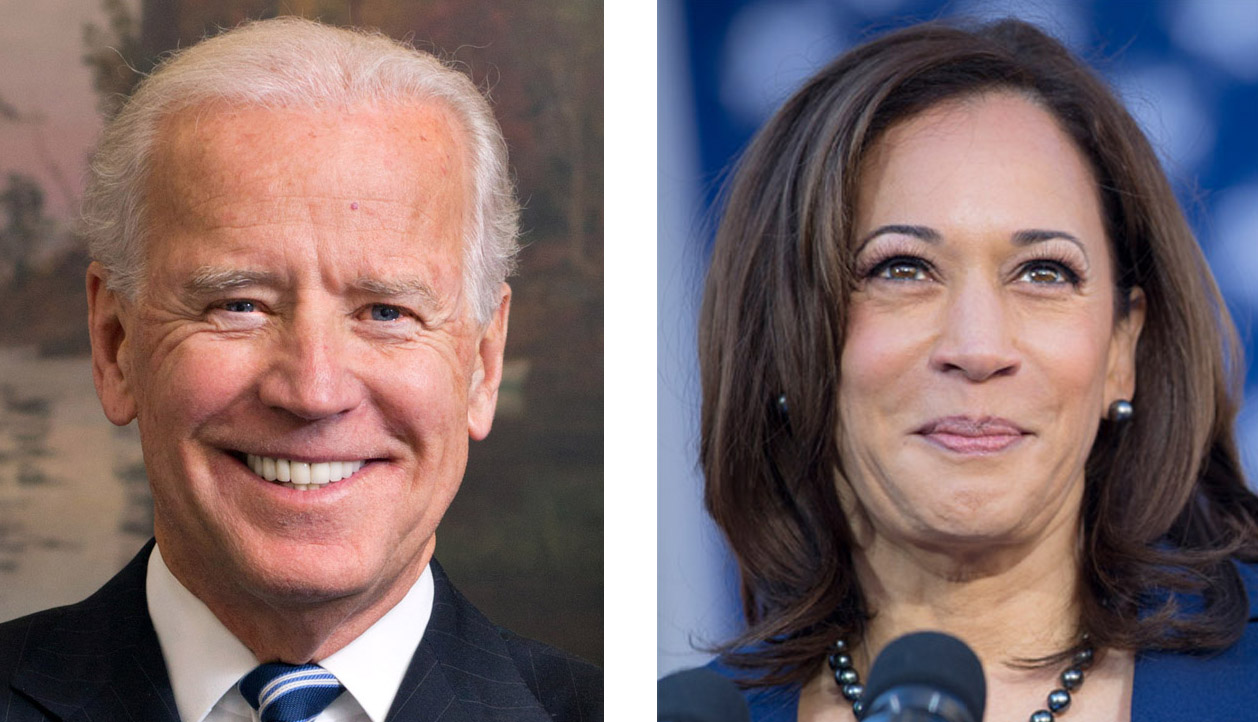 Biden was born in Scranton, Pennsylvania, later moved to Delaware where he attended the University of Delaware where he double majored in history and political science. He later earned his law degree at Syracuse University. He first served on the New Castle County Council and at age 29 he became one of the youngest people ever elected to the United States Senate. After serving for decades in the U.S. Senate, he served as Vice President with President Obama from 2008 to 2016.

Harris’ father immigrated to the U.S. from Jamaica to study economics and her mother emigrated from India and Harris was born in California. She graduated from Howard University and earned her law degree from the University of California, Hastings College of Law. She began working in the Alameda County District Attorney’s Office and then became the first Black woman elected as San Francisco District Attorney. In 2010, Harris became the first Black woman to be elected California Attorney General, and in 2016 she was elected to the U.S. Senate.

Some excerpts from the Biden Campaign’s “Commitment to Indian Country” document:

…Make tribal self-governance and sovereignty, as well as support for the federal trust responsibility to Tribal Nations, cornerstones of federal policy​. ​Tribal Nations must be empowered to govern Native communities and the United States must work harder to meet its solemn trust and treaty obligations. Biden is committed to strongly defending tribal sovereignty from encroachment and will look for additional self-governance opportunities.

—As the author of the original Violence Against Women Act (VAWA), Joe fought for tribes’ rightful authority to protect Native women through the Act’s 2013 reauthorization. As President, he will further expand tribal jurisdiction to include sexual violence, sex trafficking, and stalking to help tackle the epidemic of violence against indigenous women and girls.

—Joe will make it a priority to restore tribal lands and protect the natural and cultural resources within them, while honoring the role of tribal governments in protecting those resources. Joe will work to take land-into-trust and support tribal water rights…he’ll protect America’s natural treasures by permanently protecting the Arctic National Wildlife Refuge and other areas impacted by President Trump’s attack on federal lands and waters, and establishing national parks and monuments that reflect America’s natural heritage including reversing President Trump’s proclamation on Bears Ears.

Trump was born in New York and earned a BA in economics at the Wharton School at the University of Pennsylvania. He is the chairman of the Trump organization and was first elected to office in 2016.

Pence first served in elected office in the U.S. House of Representatives from 2001 to 2013, and then he served as the Governor of Indiana. He earned a BA in history from Hanover College, and a law degree at Indiana University.

There is no policy paper or platform regarding Indian Country from the Trump/Pence campaign.